Did You Know the White House Has Its Own Florist? 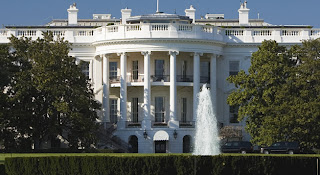 For many years, the White House used flowers for their aura and impression.. much like traditional funeral work of our time. Jackie Kennedy’s arrival to the White House made legendary changes to the White House’s style. First Lady Kennedy drew much of her floral inspiration from 16th century Flemish floral and fruit still life paintings. Special White House tableware was now used as vessels for flowers instead of as shelf sitter. She established the first chief of floral design, Rusty Young who worked for both LBJ and Nixon as well. 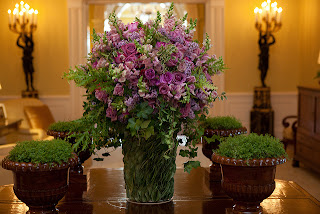 Today, First Lady Obama has brought her own style to the White House. Michelle Obama prefers a more relaxed look which incorporates romantic blooms like roses, ranunculas, mosses, and shaggy ferns. President Obama, however prefers one simple floral arrangement in the Oval Office along with a simple bowl of red apples.

The current staff is headed up by Laura Dowling along with three staff members. Fresh flower arrangements are a feature in every White House event. Dowling and her staff plan months ahead for diplomatic ceremonies. Dowling is new to the position. She may not have as many stories to share as former Chief of Floral, Nancy Clarke (head florist for 30 years,).

President Ronald Reagan once stopped former White House chief florist Dottie Temple to ask about the then-very-fashionable curly willow branches she’d arranged in the Reagans’ bedroom. “About those sticks on the mantel,” Reagan said to Temple. “Is anything going to happen to them?” Temple says she got the message. “Yes, sir. I’m going to get rid of them as soon as possible,” she said.

“For the longest time, we used to keep a bowl of peach-colored roses on Bush Two’s coffee table in the Oval Office,” Clarke said. “We changed them to red and that lasted five minutes. We got a call that the president wants the peach roses back.”

In honor of Presidents Day and our floral history, go buy some cut flowers and celebrate! 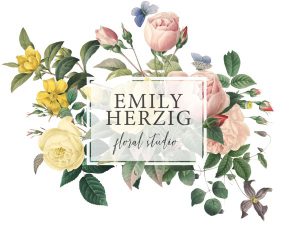